Do You Italicize Book Titles? (All you need to know about using italics)
0 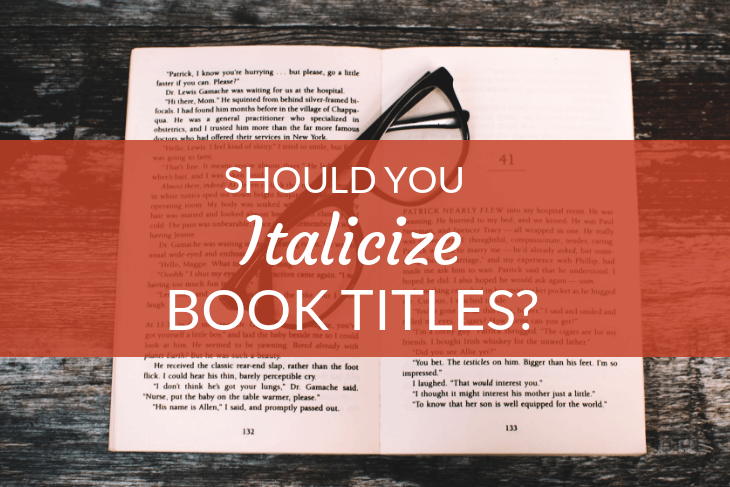 Should You Italicize Book Titles?

The general rule is to italicize the titles of larger works and to use quotation marks to set off smaller works.

For the same reason, you’ll italicize the name of someone’s blog or website (unless you’re writing the full URL), but you’ll put each blog post’s title or page title in quotation marks.

Do you italicize book titles?

Since even short books are made up of smaller parts (chapters, short stories, poems, etc.), they fall under the “larger works” umbrella, so their titles should appear in italics (when possible).

This applies to both fiction and nonfiction, even if their individual chapters don’t have their own titles. The title for the full, publishable work (the book) is italicized.

Of course, you can’t use italics on some social media channels — most notably Facebook and Twitter. So, what then?

According to Grammar Girl, her readers overwhelmingly prefer the use of quotation marks for all titles when it’s impossible to italicize or underline anything. Other options – including all caps — get the death stare. So, now we know.

Of course, this doesn’t mean you have to format all your titles on Facebook or Twitter with quotation marks. For some of us, it just feels wrong to give all titles the same formatting. But apparently, that’s not a universal thing. And rules like this are subject to change.

But when formatting options allow, go with italics (or underlines) for larger works. Because if you ask every known style guide, “Are book titles italicized?” the answer is “Yes.”

Do you underline book titles?

If you’re writing something by hand, it’s still acceptable to underline book titles and other larger works, since writing in italics is difficult, and it’s not always possible to distinguish handwritten italics from the rest of someone’s handwriting.

If you want a checklist for publishing your bestseller then click here to get our 46-point guide.

In other cases where italics aren’t an option, the flanking underline is an early-days substitute for full underlining. If you hate the way it looks, though, you are not alone.

Do you italicize article titles?

Since articles and blog posts are the smaller components of a larger published work (magazine, newspaper, website, or blog), you’ll set these off with quotation marks.

While capitalization rules for the titles of both containers and their smaller components can vary from one stylebook to another (title case or sentence case), the titles of larger works always appear in italics.

As for article titles, depending on the stylebook you’re using, you’ll either use quotation marks (MLA and Chicago) or nothing at all (APA and AMA).

Do you italicize song titles?

As with articles, short stories, and blog posts, songs are considered smaller works. A group of songs makes up an album.

So, while we italicize the album name, we put the song title in quotes. 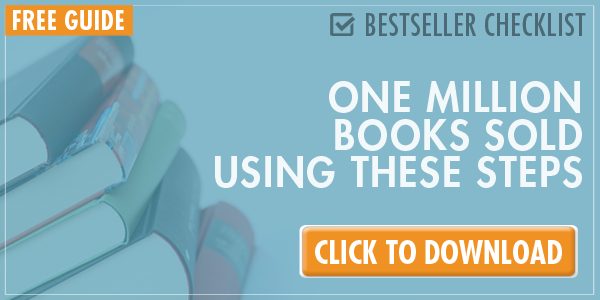 Even famous songs that stand alone (as “singles”) — like “Eye of the Tiger” and “We are the Champions” — appear in quotes (even if we think they deserve better).

Do you italicize poems?

The only type of poem that has its title in italics is the epic poem, which is a complete work of its own. Epic poems are divided into smaller parts — which may be referenced in a citation to make an excerpt easier to find.

Here are some well-known examples:

Did this help? Please pass it on.

I hope this has helped clarify the rules regarding italics (or underlines) vs. quotation marks for titles. If you feel more confident in your use of both, this article has fulfilled its purpose.

If you’ve found value in it, please share it to help your fellow writers format any title correctly and with confidence.

And may your thoughtfulness and generosity infuse everything else you do today.

How To Become A Publisher (The Ultimate Guide)

How To Write Dialogue In Your Novel Or Short Story

How To Write Flash Fiction