ASP 71: Should You Be a Controversial Author? | Authority Self-Publishing
2 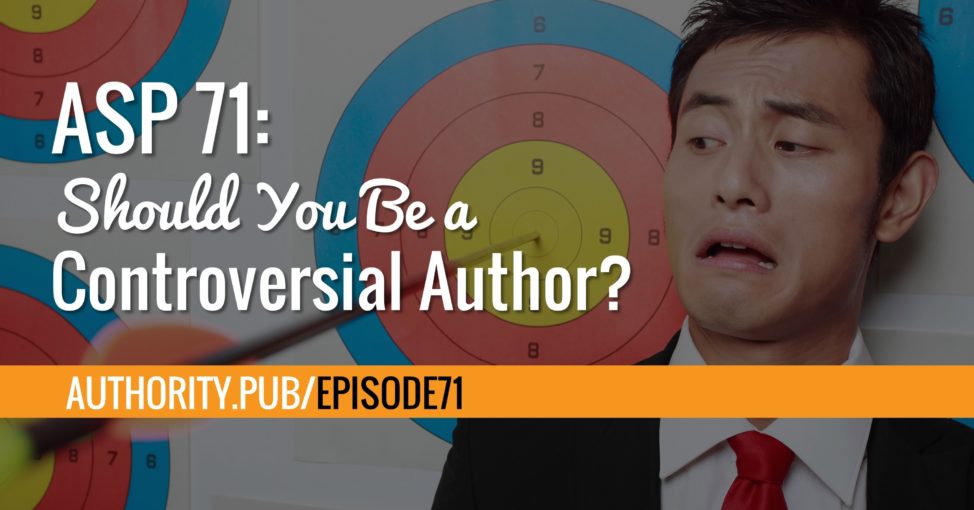 ASP 71: Should You Be a Controversial Author?

It’s important for authors to take a strong stance to build a strong and loyal audience. But topics like politics and religion elicit very strong reactions from people. Barrie and Steve talk about being a controversial author and how to maintain your authenticity when controversial topics come up. 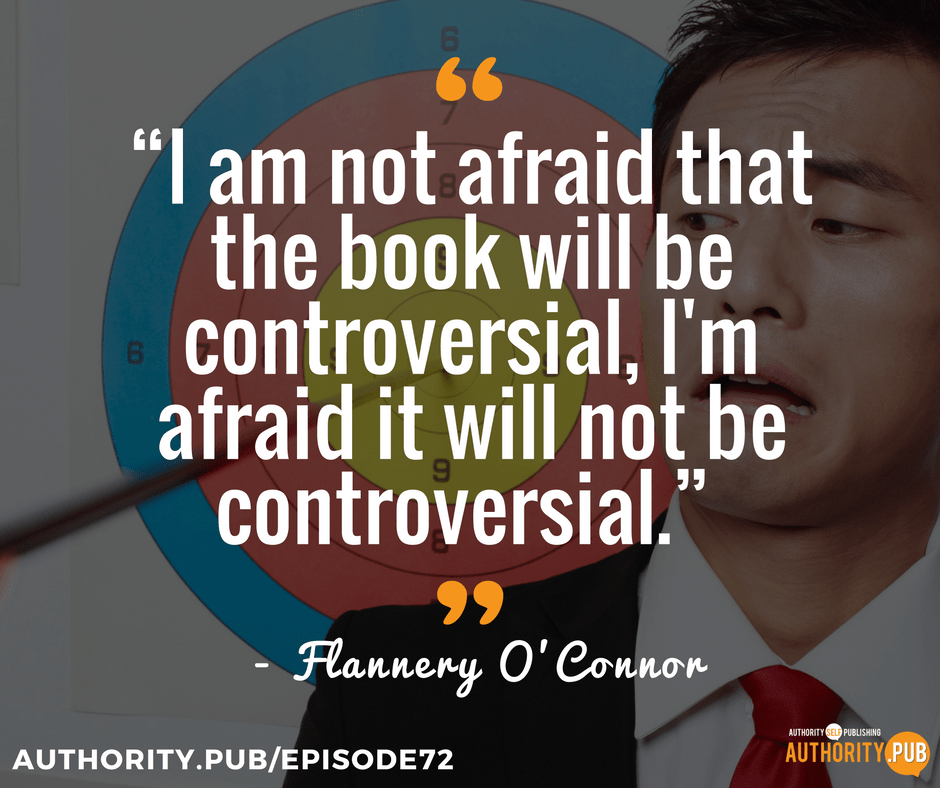 What You’ll Learn in this Episode:

Turn your idea into a bestselling book!

Download your free copy of The Bestseller Checklist at APChecklist.com. Learn the 46 steps we personally follow when self-publishing our bestsellers.

Looking for a supportive community of writers and authors?

Be an Authority and join the Authority Self-Publishing Facebook group.

15 Fantastic Author Websites To Inspire You

The way I see it, I am always going to be controversial because most of my beliefs and views do not fit in the politically correct spectrum. I’ve tried pleasing everyone and people still find reason to argue that I’m wrong, or that I should stop writing and die. My motto is to share what is important to what I am trying to say and pick and choose the arguments I engage in. I’m not going to reply to everyone who tells me what I believe is wrong, but if their opinion is based upon facts I might reply because they may just change my views or I may try to educate them if they are simply misinformed.

Naturally, this depends on how you define these terms but we should recognize that there is a difference between those who are “controversial” because their ideas are new and undermine the established ideas, and those who make statements that we all know to be inflammatory. Just saying, “I love Trump and hate Hillary,” is pointless. If there is nothing original to add to the public discourse, you might as well keep it to yourself. But if you have a unique reason why you love Trump and hate Hillary, I think it makes sense to share it, provided that it’s relevant to your audience. (Talking about an unrelated topic to an audience interested in a specific topic is not a good idea anyway whether it’s controversial or not.)

And, being authentic is a separate issue from being controversial. Most people would not be controversial even if they were being authentic and completely true to themselves. I think Flannery O’Connor’s quote is expressing her fear of not having anything new and influential to contribute to the world. Her work becoming controversial would prove it had something new to contribute. Changing the status quo will inevitably displease many people. If your ideas are not upsetting anyone, clearly, you are not changing anything in the world.

But then it’s not necessary for everyone to change the world. Some people focus on reinforcing what is good. If that is your goal, there is no need for you to be controversial.