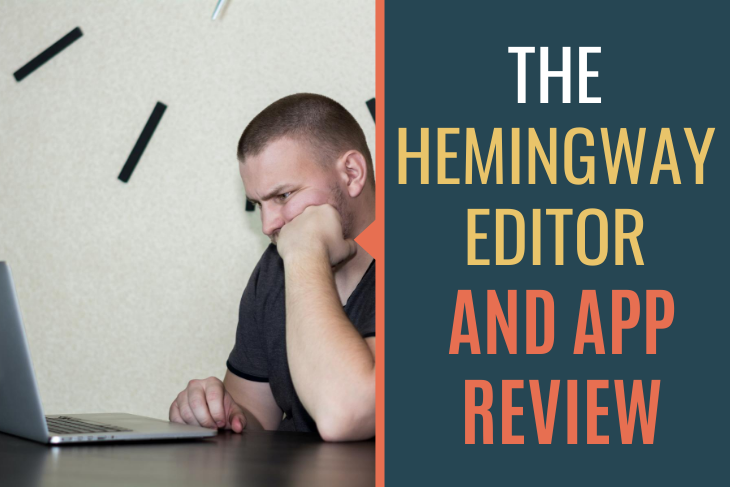 You’ve written a book (or an article), and you think it sounds pretty good. But you want to make sure it’s as error-free and enjoyable to read as possible.

You’ve heard of Grammarly, and maybe you’ve even tried the free version to see what all the fuss was about.

But editing is about more than fixing typos and grammar mistakes.

Ever read something in the past that was free of grammar mistakes but still a slog to read?

If you have to read a sentence more than once to understand what the author is trying to say, it doesn’t mean they’re smarter than you.

It more often means the author needs to improve their written communication skills. If you can’t communicate in a way that makes sense to your readers, you won’t have readers for long.

So, what can you do to clean up your work and make it easier for a skilled editor to polish it to a shine in less time and with even better results?

Go ahead and use Grammarly — at least the free version. But when it comes to improving the readability of your work, you’ll need something that can target weak words and phrases and overly complex or long-winded sentences.

It’s precisely because of what this tool can do to make your writing clearer and more powerful that we’re offering our very own Hemingway Editor review.

Our Hemingway Editor and App Review

As a writer who has used the Hemingway Editor app, this review is personal.

I first learned of this app from a blog post about writing tools, and after playing with the free Hemingway grammar and style checker, I went ahead and bought the desktop app so I could use it on my laptop any time I chose.

I bought it because I saw what it could do. I saw how much it helped me clarify my writing, declutter my sentences, and make the whole piece easier and more enjoyable to read.

So, I’m thrilled to write a Hemingway app review, so I can share its virtues and its limitations with my curious fellow writers.

What is Hemingway Editor?

The purpose of the Hemingway Editor is not to make you sound like a grammatically-correct robot. And you don’t have to write like Hemingway to write effectively.

The purpose of this tool is to help you address anything in your writing that might make it harder for readers to understand and enjoy it.

What Hemingway Editor cannot do is understand your particular voice as a writer.

All it can do is catch what it’s programmed to perceive as weaknesses and suggest fixes or alternatives.

But if you look at something it flags as “weak” or “hard to read,” and you think, “I can’t make this any simpler than it already is,” or “I like the way it is just fine, thanks,” you have every right to disregard the Hemingway app’s suggestion.

Ultimately, it’s a tool for writers. It doesn’t know better about everything.

A qualified, human editor recognizes the value of each writer’s voice and works to call it out, removing anything that gets in its way.

That’s the magic of an intuitive and highly-skilled human editor.

Just as Grammarly can make as many mistakes as good calls while it’s screening your work for spelling and grammar mistakes, the Hemingway Editor app can get it wrong, too.

But where does this editing tool shine?

Both the online and desktop Hemingway Editor let you write or copy and paste your work right into their editing window.

Once you paste your content or switch over to editing mode, the Hemingway app immediately gets to work highlighting what it perceives as problematic.

Each problem is highlighted with a different color:

Besides pointing out problems and assigning a readability grade level to your work, the Hemingway Editor also provides a quick count of the following:

How much does Hemingway Editor cost?

While the online version is free, the desktop app costs $19.99 for either the macOS version or the Windows version.

The most obvious benefit of buying the desktop app is that you can use Hemingway Editor even when you’re not connected to the internet.

But there are other benefits of paying the small price for the desktop app:

Once you’ve edited and formatted your copy with the Hemingway app, you can export it as a one of the following:

You can also import files of the following types to edit and format:

Besides printing and publishing options in the “File” menu, the desktop app also has basic functions in its “Edit,” “View,” “Window,” and “Help” menus.

The free version doesn’t have any of these menus.

How to Use Hemingway Editor (Free version)

Go ahead and use the free version to get to know Hemingway Editor. That’s how most of us get acquainted enough to decide whether it’s worth it to pay for the desktop app.

If you’re going to use Hemingway Editor with everything you write — or with a lot of it — then the price is a bargain.

But if you try the free version and decide you probably won’t get much use out of it, you’re better off saving your money for something you will use.

All you have to do to get started is to open the online Hemingway Editor window and write something in “Write” mode or copy and paste some already-written content into the space for text.

Then, if you’re not already in “Edit” mode, switch on over and let the Hemingway Editor do its thing.

Go through each highlighted word, phrase, and sentence, and either change it or don’t. You make the call.

The folks who made the Hemingway Editor are great at making editing software; but when it comes to your own writing voice, you are the expert.

On the far right of the Hemingway Editor window, you’ll see the Write/Edit selector.

Click on “Write” if you’d rather type directly into the app’s text window. The editing tools disappear, leaving a distraction-free writing space.

When you’re done writing, click on “Edit,” and the editing summary will appear on the right-hand side.

And if the Editor found any problems, highlighting will appear in your typed or pasted text.

How To Accomplish Your Writing Goals In 2019

The Ultimate Guide To Writing A Novel

If you export a file to Hemingway Editor or copy and paste it from a word processing program, the formatting in the original file may not convert well.

Also, if you’re typing content directly into the app’s text window, you’ll want to format it before printing, exporting, or publishing it.

Fortunately, the Hemingway Editor has a panel of formatting tools along the top of the writing window to add the following features:

Once you’re done editing and formatting your text, it’s ready to save, export, publish, or print.

Whether you’re done editing or just starting, it helps to understand what each part of the editing summary means. Here’s an overview:

Readability Level (Grade 15 is bad) — Hemingway’s own writing was rated as “low grade 5,” even though he wrote for adult readers. As a general rule, try to stay in the single digits to make your writing easy reading for as many as possible.
Number of Adverbs — Here’s where you’ll see the number of adverbs and how the Hemingway app compares that number to what it considers ideal, relative to the length of your writing sample.
Use of Passive Voice — Next, you’ll see the number of incidences of passive voice and how that compares to the goal relative to the length of your writing sample.
Simpler Options — If Hemingway Editor sees a word and can suggest simpler options, it highlights it in lavender. Ultimately, though, it’s up to you to decide whether you want to go with one of the app’s suggestions, keep the word you have, or find another alternative.
Hard to Read Sentences — If the app considers a sentence hard to read, it highlights it in yellow. The summary counts how many sentences are highlighted in yellow out of the total number of sentences in the text window.
Very Hard to Read Sentences — Next, it gives a count of sentences deemed “very hard to read” and highlighted in red, compared to the total number of sentences.

The Hemingway app uses the Automated Readability Index to judge the grade level of your writing, based on the lowest education needed to understand what you’ve written.

So, while Hemingway wrote for adult readers, according to Hemingway’s Help page, his readability score meant that those readers didn’t need more than a fifth-grade education to understand and enjoy his prose.

It doesn’t mean he talked down to them. He just didn’t make his writing more elaborate than it had to be.

It’s ironic, then, that when a New Yorker article put the Hemingway app to the test – using a sample of Hemingway’s own writing – he earned a readability score of (grade) 15, which, according to the Help page, is not great.

And if some of Hemingway’s own writing didn’t meet the Hemingway Editor app’s strict standards, you can probably cut yourself some slack if your own writing creeps into the double digits.

Just do your best to make your sentences easier to read – without sacrificing meaning and the content your readers want — and more people will read it to the end.

According to Hemingway Help page, “the average American reads at a tenth-grade level,” so for most writing, if your readability grade is 10 or below, you’re in good shape.

Is the Hemingway Editor for you?

Now that you know what the Hemingway writing checker can do for you, maybe you have a specific writing sample in mind to put it to the test.

The bigger the sample, the better idea you’ll get of your readability score and the more easily you’ll see habits that may weaken the impact of your writing.

For example, if you’ve fallen into the habit of using passive voice or throwing in fluff words like “really” and “very,” the Hemingway Editor will let you know.

It’s sort of like a spell-checker, but instead of spelling (which the Hemingway app completely ignores), it focuses on style. Use it regularly, and you can improve the overall readability of your writing.

It’s thorough and a bit over-reaching at times (like Grammarly), but it’ll no doubt help you see your writing from a different angle and help you declutter and strengthen your sentences.

What could that hurt — especially when it costs nothing to take it for a test drive?