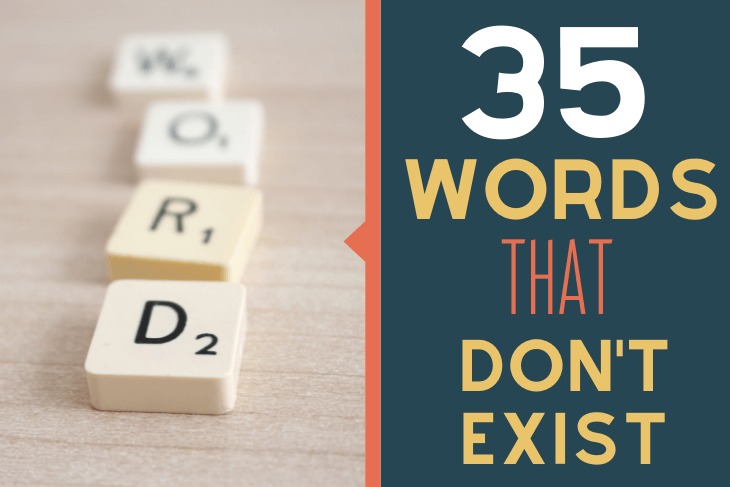 English is a living language, which means it’s continually growing and adapting to reflect vernacular usage.

Even words that don’t exist in English (officially) can find their way into casual conversation.

It doesn’t really matter if we insist they’re “not real words.”

What makes a word real, anyway, if not the fact that real people are using them?

Fake words have a way of catching on.

And sometimes, there’s a good reason for that.

Some commonly used words that don’t exist in “proper” modern English may eventually fade from use — words like irregardless, for example.

That said, we don’t really see them disappearing anytime soon. And we don’t see a point in shaming or insulting those who use them.

5 Words That Don’t Exist But Should

Some words that aren’t words are way too good to write off as mistakes. We’ll offer a brief sampling, but you can probably think of more.

Now you know plenty of words that perhaps, according to some experts, don’t “exist” in modern English but that many English speakers use. Some have been around for centuries, while others are newer additions.

Can you think of any words we missed or that you’d like to see added to the dictionary?